Happy Wednesday! Not much to speak of, haven’t done much in the past few days. Rebel still greets me every morning like I am a puppy for him to play with – so he is biting a bit less. The new TV season has started – so far, watched Blindspot out of the new pilots (along with the second episode). It is an okay show – generic, but a tolerable procedural. Later episodes will show if it is actually decent or just a good first few episodes. So, tomorrow I take the methotrexate, so the usual this weekend. On Monday, I see my cardiac electrophysiologist, so I will have a bit of a better update on Monday. See you then!

Hello everyone! Happy Monday! So my weekend was relatively uneventful. The trainer came over on Sunday to help more with Rebel and he learned some new commands, while we focused on them outside. He got very distracted while doing them outside, but that is to be expected, as he’s just a puppy. I’ve been covering my feet to avoid being bitten, which seems to be working. No doctors appointments this week, which is very nice. Next week, however, I have the cardiac electrophysiologist, the NYC oncologist, the dog trainer, and then that weekend, barring unforeseen circumstances, I plan on going to New York Comic Con (NYCC) – which should be fun.

Hello everyone. Hope you are having a good Wednesday. So Rebel, the puppy, seems to be growing by the day. Previously, he had to be helped to get up on the couch and as of today, in one or two tries, he can get up onto the couch (Or if he gets a running start). It is rather frightening, mostly because he still enjoys biting people. Went to the local oncologist – they like that my rash has gone away. Other than that, everything is good. Talk to you on Monday!

Hello everyone, it is Monday! Slept on Friday, on Saturday, the dog trainer came. It was a good time, we have started to train Rebel. We think he already figured out that when we say ‘Good Boy!’ that he gets a treat. So if you say that any time, he just sits there, expecting a treat. We gave him a bully stick today – it is what is known as the pizzle of a bull, or the… male genitalia of one. He rather enjoys it. We get a total of seven sessions with the trainer before we pursue further training (most likely with her), and the first visit was a free consultation. So, on Wednesday, I see my local oncologist – let’s hope I have maintained my weight, if not, that will suck. So, see you on Wednesday! 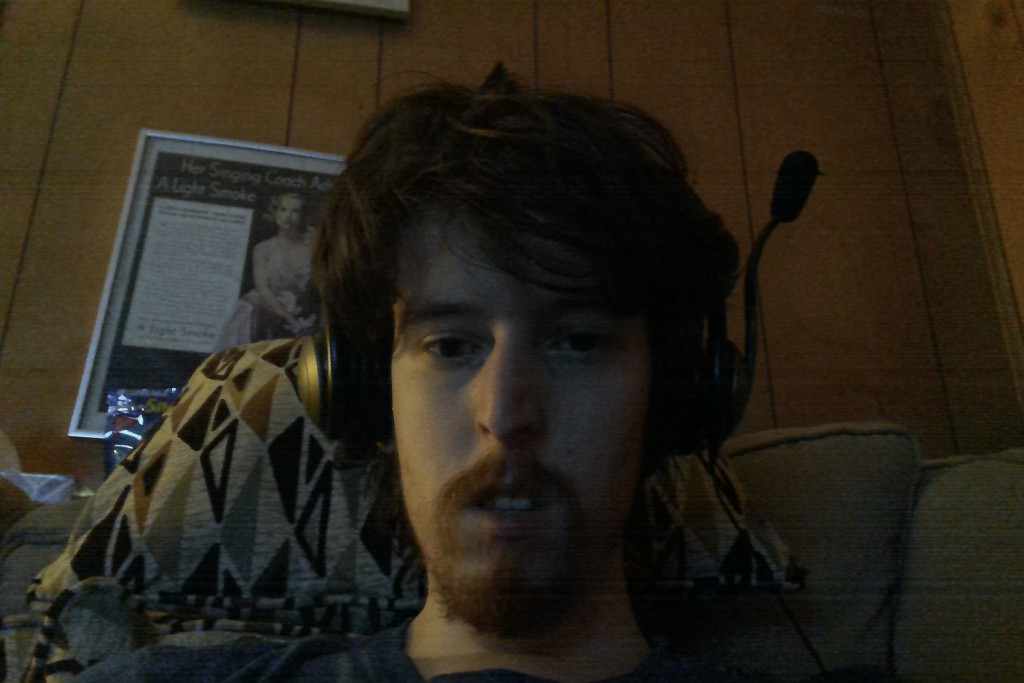 Happy Wednesday! So, not much going on – Rebel is still bitey, but we have the behaviorist coming over this weekend to start helping us train him, as Rottweilers need training. Haven’t done much this week – so yeah. Tomorrow I take the methorexate, which is always fun. Been getting some anticipatory nausea as of late.

Oops, sorry for the late publication. Thought I hit Publish, but I only hit Preview. Silly me!

So, it is Monday. Friday was like usual. Here is a picture of me and the new puppy, who started to respond to Rebel, on Thursday. He is cute, but a puppy, so he is a bit nippy and bitey, which we are having the animal behaviorist come over for this weekend. The rash has been going away, which is good. Yay! That means it is probably just an allergic reaction to something, so my yard just wants to try to eat me or something. Sounds like a bad M. Night Shyamalan movie or something. Other than that, not much I can think of for this weekend, which I suppose is a good thing – one more thing: Yesterday, September 13th, was International Chocolate Day – hopefully you all had some delicious chocolate! Talk to you on Wednesday.

Hello everyone! It is Wednesday! So, yesterday I went to NYC. Saw the dermatologist first – she said that most likely, my rash is an allergic reaction to something and not a reaction to medication, so that is a good thing! Then I went downstairs to see the NYC oncologist – he hit traffic, so he had the oncologist that is normally there on Tuesdays see me. He was very, very thorough – and now that they saw my thyroid levels are normal – they understand that the methotrexate is causing my sleepy Fridays. NYC dermatologist wants to see my eosinophil counts to make sure it is an allergic reaction, but she is 99% sure that is what happened. Today, we adopted a puppy. His name is Rebel, but he doesn’t seem to react to it, so his new name is pending. Pictures will follow next week as he is a bit stressed out at the moment. So, talk to you guys on Monday!

So, it’s Monday. Called my NYC oncologist about the rash on Thursday – the nurse had me email pictures of the rash to her (Must’ve been a fun email to open!) – she advised me to see a dermatologist in my area. Friday, other than my usual day of napping, involved the NYC oncologist’s nurse calling and telling me that the NYC oncologist had a chance to look at my rash and he wants me to see a dermatologist that works with his oncology practice on Tuesday. On Sunday, we saw a Rottweiler puppy that the rescue group we got Sheba from wanted us to check out. The puppy was absolutely adorable. We are going to adopt him. His current name is Rebel, but he does not look like the name Rebel fits him. We’ll be getting him on Wednesday – so, pictures then. Tomorrow, I see the NYC oncologist and dermatologist – the nurse seemed to indicate that the oncologist is coming in just to see me, which is nice. But I have to have blood drawn a day earlier than I was expecting, which sucks.

So, talk to you on Wednesday – hopefully my rash is just a rash and it’ll go away soon, at least it has not gotten worse!

Hello everyone, it is Wednesday. So today I went to the oncologist and I had a bit of a rash – had it for a few days. Thought it was heat rash, oncologist says it isn’t a side effect of the methotrexate and he took a few pictures of it and is going to shoot the pictures to his dermatologist friend – he wants me to see a dermatologist, just in case. Didn’t do anything else the past few days. Hope everyone is well and I will see all of you on Monday!